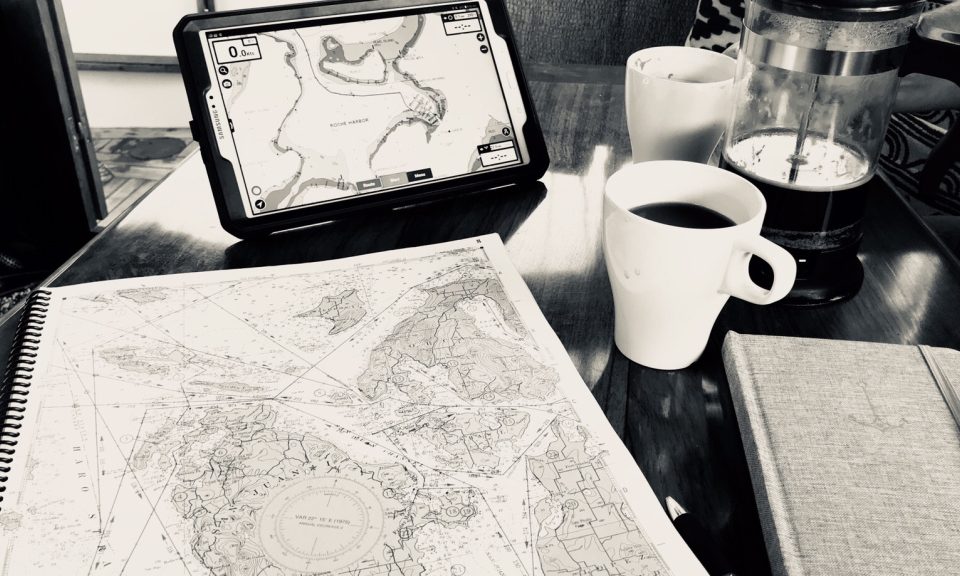 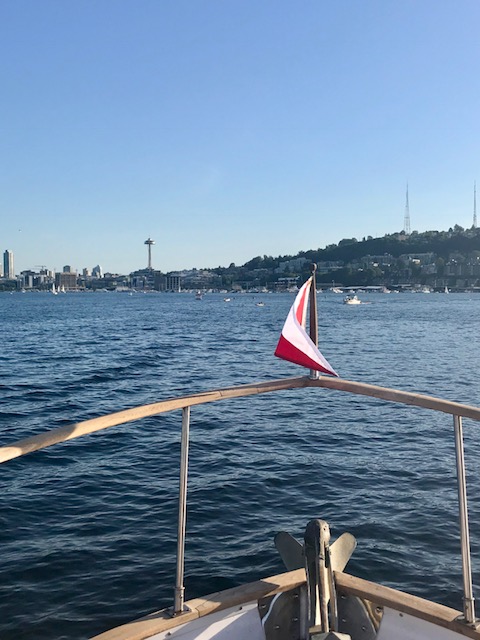 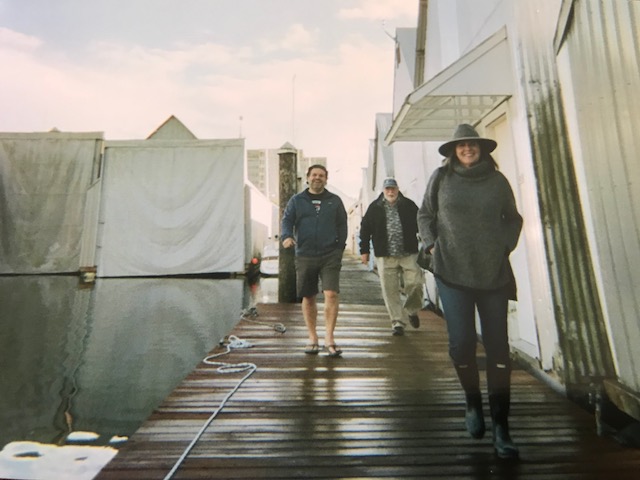 Ten months after purchasing our boat and putting in a little over 100 hours of cruising time (mostly winter & spring) in and around Seattle, we embarked on a two week cruise to the San Juan Islands off the coast of Washington and up into the Gulf Islands of BC off of Vancouver Island.

This trip was what we had hoped to do when we got the boat. Even though the surveyors told us the day of the sea trial that she was ready to go to Alaska, we certainly were not. The San Juans were much closer and therefore a more realistic (although still felt slightly lofty to us newbies) goal. Anyhow -in late spring we joined a yacht club and discovered that the (nearly) exact trip we had been wanting to do that first summer was on their cruising schedule. Bingo.

Even though the itinerary was all laid out, there was still much for us to do in preparation (which was all part of the learning experience that we were hoping for). After pouring over charts and cruising guides and debating about whether we’d go other places and just join the group here and there, and also making sure someone was home to take care of our 3 dogs (which we very easily decided were not coming with us due to the fact that we’d be at anchor for half of the trip), we finally decided to just do the whole damn trip, exactly as it was planned.

I totally studied the anchorages and marinas in our cruising guides, and bookmarked them with post its for easy and quick access when we were pulling in somewhere, (and it was a good thing we had several guides because they all weren’t in the same one – more on cruising guides in another post).  I reviewed procedures for crossing into Canada (several times – we are not Nexus Pass holders, so procedure is different from those who are), Steven did some last minute repairs and prep to boat, he bought a Samsung tablet for the sole purpose of having Navionics on it, and so we had something to bring up to the flybridge with us if we wanted, and he entered each of our legs into the program. We calculated the engine time and distance planned so we could figure out how much fuel we needed to get – a good rule of thumb is: 1/3 to get you there, a third to get you home and a third if it all goes to shit. We calculated that we needed 125 gallons. We actually already had approximately 400 gallons on board (most in the belly tank), so we just put 50 in each tank (port and starboard) and called it good. Fortitude cruises at 7 knots and burns 3.5 gallons an hour. We provisioned (harder than you’d think), packed and were finally ready to go. Everything at home was taken care of, all we had to do was call an UBER (didn’t want to leave our car in a city lot for two weeks!) to take us to our marina. You’d have thought we were moving onto our boat with all the stuff we piled into the trunk of our drivers’ car – including a full length mirror and a lamp I really wanted to put on the boat.

Pulling out of our slip that day was at the same time super exciting and a little scary. Which, I guess pretty much sums a boating in a way — probably wouldn’t be prudent to approach new adventures without a healthy dose of apprehension to keep you sharp and on your toes. 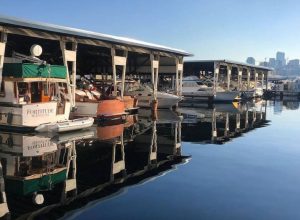 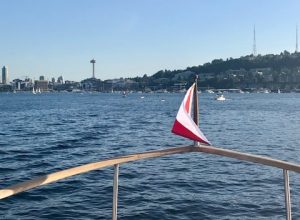 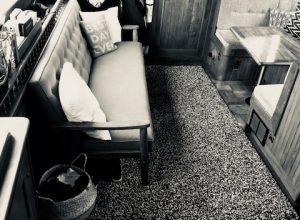 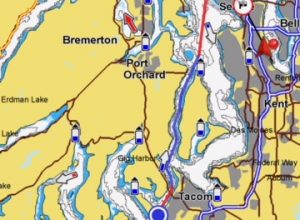